ANGEL EYES: A GAY ROMANCE OF THE MEXICAN WAR 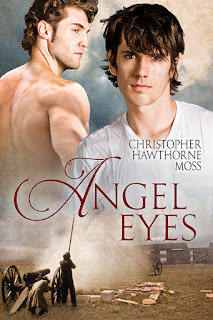 Michael Murphy , who will be seen again in Moss’s WHERE MY LOVE LIES DREAMING, tells his own story of his youth, sent to assist Major General Winfield Scott when President James K. Polk declares war on Mexico in 1846. Michael, or “Mick as he is known to his intimates, has a series of romantic adventures along the way, ending almost tragically at the hands of the young scion of a wealthy Mexican family. You know he gets back to New Orleans, but this stirring tale will tell you how he gets there and why he limps.
ASIN: B00VAY44NY